This bulletin features visuals focusing on conflict trends mapped during the first third of 2017. It also highlights a selection of the latest publications on the project’s page, including papers, articles, reports, visuals, and interactive content.

Going beyond the view of conflict through a security framework associated with belligerency and violence, Lebanon Support upholds that conflict is of a socio-political nature. It thus sheds light on dynamics underlying a broad spectrum of violent and non violent contentions including social movements, passing by conflicts opposing minorities (ethnic, religious or sexual among others) as well as local, national or regional actors’ policies. Read more and check the interactive conflict map here.

1. Overview of conflict incidents mapped (from January to April 2017) Taking a closer look at the data, it is interesting to note thatSouth Lebanon was the governorate with the greatest number of incidents in the first third of the year 2017, similarly to the last third of the year 2016. Also, 39% of the mapped conflict incidents in South Lebanon (390 incidents) are primarily classified as Individual Acts of Violence (92 incidents), and 38% as Israeli Border Conflicts (119 incidents). North Lebanon (277 incidents) and Bekaa (297 incidents) follow with respectively, 58% and 61% of the  incidents mapped as Individual Acts of Violence. The Nabatieh governorate was where the least number of conflict incidents was recorded, with only 164 incidents mapped, among which 67% were classified as Israeli Border Conflicts (110 incidents), 95% of which were categorised as  airspace violations (92 incidents).

Finally, the number of incidents mapped in the Beirut governorate has slightly increased compared to the last third of 2016, with 193 incidents mapped (against 177 in 2016), including 74 Individual Acts of Violence and 72 Policy Conflicts.

Also, it is worth noting that  over 50% of the total incidents in January-April 2017 are concentrated in only 5 cazas: Beirut, Baalbeck, Tripoli, Sour, and Saida, which represent a total of 777 incidents. Beirut and Baalbeck together account for 384 incidents (193 and 191 incidents respectively), which is equivalent to almost a quarter of the total number of incidents. In decreasing order, they are followed by the districts of Saida (157 incidents, including 68 in Ain el-Helweh refugee camp – see the third visual below for more on Ain el-Helweh), Sour (135 incidents), and Tripoli (101 incidents).

Focusing on Baalbeck, 23% of the mapped incident in the caza were located in Arsal and its outskirts (44 incidents). The latter is indicative of the ongoing Syrian Border Conflicts in Lebanon and mainly related to the ongoing clashes in Arsal between the Lebanese Armed Forces (LAF) and/or Hezbollah against armed militants affiliated to terrorist groups such as the Islamic State (IS) and Jabhat al-Sham (previously al-Nusra) as well as raids, arrests conducted by LAF.

Taking into consideration conflict categories, arrest/detention appears to be the most mapped category (506 incidents), followed by airspace violation (235 incidents), and collective action (235 incidents). These top three most mapped categories were the same during the last 4 months of 2016. They are followed by illicit trade (160), shooting (143), raid (105), robbery/trespassing (94) and brawl/dispute (85).

It is important here to highlight the difference between human smuggling and trafficking. Human smuggling involves a consensual decision among the different parties to arrive to a certain destination, and in the context of Lebanon, heavily occurs near the Syrian border. Human trafficking, however, is considered as an act of exploitation in which victims did not consent to their situation. As such, sex trafficking, for example, is considered as an act of exploitation and is strongly reprimanded by the Lebanese State with rings dismantled  regularly. For instance, on March 3rd the Internal Security Forces arrested 63 individuals involved in a prostitution ring in Mkalles, where most of the victims were former domestic workers from Ethiopia.

Within the 48 mapped actors, state security apparatuses – such as the Internal Security Forces (ISF), the Lebanese Armed Forces (LAF), General Security, and State Security – are involved in 503 incidents. Focusing on the Internal Security Forces, they were involved in 277 incidents, most of which are categorised as arrest/detention (221 incidents), including 90 incidents also categorised as illicit trade/Trafficking (secondary category).

Furthermore, the Lebanese Armed Forces (LAF) are involved in 193 incidents mostly located in the Bekaa Valley (87 incidents) as well as in the Baalbek district (70 incidents). Among these incidents (193 incidents), 60% are categorised as arrest/Detention (115 incidents) with 32% of these arrests occurring after LAF conducted raids (37 incidents).

In the months of January-April 2017, 175 incidents involved Syrian Civilians/Refugees which is a decrease compared to the 226 incidents recorded in August-December 2016 and involving the same actor. However, similarly to the last third of 2016, over half of these incidents were categorised as arrest/detention (primary category), often linked to illicit trade. In fact, 28 incidents involving Syrian Civilians/Refugees are categorised as arrest/detention (primary category)and as illicit trade (secondary category). Notably, these cases where Syrians are arrested or detained were linked to human trafficking or smuggling (13 incidents), drugs (8 incidents), document forgery (4 incidents), counterfeit money (4 incidents), and militant funding and support (1 incident).

Moreover, it is interesting to note that the Russian Military is mapped as actor for the first time since 2015. It is involved inone incident with the Syrian Armed Forces on the Lebanese Syrian border, when three Syrian and Russian military choppers crossed over Lebanon airspace in Wadi Khaled.

2. Frequency of incidents by primary classification of conflict (from January to April 2017)

Individual Acts of Violence (638) and Border Conflicts on the Israeli border (306) have consistently been the most mapped primary classification of incidents since the beginning of the year.

Also, it is important to highlight that among 92 incidents primarily classified as Syrian Border Conflicts, the majority were categorised as arrests/detention (37) and raids (28) conducted against Syrian refugees.

Often, the LAF arrests Syrian refugees by large number after conducting raids. As such, one single raid operation led to the arrest of 30 Syrian refugees in Akkar on February 16th while no less than 50 were detained in a similar operation in Younine on February 21st. These incidents were also categorised as Conflicts of Social Discriminationbecause of their discriminatory nature towards Syrian refugees who are targeted on the basis of “terrorist threat” but are usually arrested for other reasons, such as illegal stay. These incidents often took place in Baalbeck, Bekaa, Saida, Zgharta, and Akkar where the main refugees camps are located.

Incidents mapped as Syrian Border Conflicts (128 incidents for both primary and secondary categories) involve conflicts occurring between rival groups along the Lebanese/Syrian borders, which include political parties, militant and transnational groups from both Lebanon or Syria. Consequences of the Syrian conflict in Lebanon such as clashes, bombardements, incidents with refugees, and clashes between terrorist groups also fall under this classification. In this context, Power and Governance conflicts often crosscut with Syrian Border conflicts.

Policy Conflicts witnessed a consistent surge at the start of 2017, with 205 incidents mapped as Policy Conflicts in the  primary classification. Such conflicts often include a large number of collective actions, and were notably linked to specific mobilisations led by Lebanese civilians against political decisions, such as law reforms (i.e. waste management laws), electoral laws (i.e. delayed Parliamentary elections), or government's political decisions (i.e. tax policy). More specifically, over the months of January-April 2017, 11 incidents were relevant to parliamentary elections, 13 were rallies of people claiming general amnesty for detainees, and 13 were linked to rent laws.

As such, from March 15th to April 1st, 18 incidents mapped as collective actions were relevant to taxes and fiscal measures. Lebanese civilians protested across the country, and especially in Beirut (4 incidents) and Tripoli (3 incidents), against new taxes approved by the Parliament on March 15th. The new budget notably includes the controversial public sector’s salary hike bill, that would highly affect the price of everyday purchases. These mobilisations explain the peak of Policy Conflicts in mid-March seen on the visual above.

3. Focus on the Ain el-Helweh Palestinian refugee camp (from January to April 2017)

Although conflict incidents in Ain el-Helweh have been on the rise since late 2014, with alternating periods of resurging violence and relative calm, during the first third of 2017, the camp witnessed a significant escalation of tensions.

In fact, 68 incidents were mapped within the camp during this period with 35 incidents classified as Individual Acts of Violence and 28 as Power and Governance. The rise of tensions could be explained by the dissolution of the Palestinian Joint Security Forces (JSF), which was announced on the 18th of  February, due to their inability to manage security threats efficiently. In fact, just before their dissolution, the month of January witnessed the highest number of conflicts with 16 out of the 23 mapped incidents classified as Individual acts of violence mainly categorised as arrests, brawls/disputes, and explosions. The JSF dissolution also explains why the number of incidents categorised as arrests decreased significantly between February and April, since the camp did not have any legitimate security forces in charge of maintaining order during this period.

The security situation continued to deteriorate in Ain el-Helweh at the end of February with the eruption of armed clashes between Fatah militants and Islamist gunmen in which heavy artillery, rockets, and sniper fire, as well as hand grenades, were used. In fact, armed militants affiliated to Fatah, Osbat al-Ansar, Bilal Badr, and other Palestinian factions were involved in a total of 10 incidents between February and April. Moreover, the absence of Security Forces to contain the escalation of violence led to heavy LAF deployment around Ain el-Helweh in order to prevent movement in and out of the camp. Consequently, Lebanese state actors, such as the LAF and General Security among others, were involved in a total of 13 incidents between January and April 2017, mainly categorised as military deployment and arrest/detention.

Notably, in response to the increasing violence, new Palestinian Joint Security Forces were established in Ain el-Helweh on 7 April. However, the new Forces’ deployment was met with hostility by some Palestinian factions, such as Bilal Badr group which generated violent armed clashes that spanned 6 days from April 7th to April 12. Therefore, even though April witnessed the lowest number of incidents, conflicts were in fact more intense and violent with a total of 10 causalities and 54 injuries reported due to the abovementionedclashes.*

Finally, it is worth noting that 5 collective actions were mapped in Ain el-Helweh between January and April, with most of these occurring after clashes hit the camp and involving Palestinian refugees who were demanding compensation for the losses they encountered because of the armed conflicts.

* Please, note that the number of casualties and injured are those reported following each incident, and actual numbers may vary as time passes.

The Conflictivity Index is a tool developed by Lebanon Support, in partnership with the United Nations Development Programme, based on the “Geo-located Mapping of Conflicts in Lebanon,” and using its data. Through the use of heat maps, the Conflictivity Index aims to give a broad overview of conflict intensity in Lebanon, focusing on 4 dimensions: Armed Conflict, Security, State Response, and Collective Action. Each dimension is comprised of a number of categories from the “Geo-located Mapping of Conflicts in Lebanon” and highlights the intensity of conflictuality associated with mapped incidents in each caza. Explore the Conflictivity Index maps for 2016 here.

5. Translated Spot On Actors within the Conflict Analysis Project 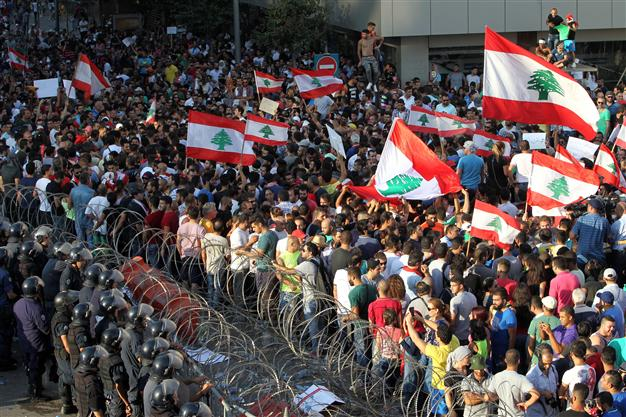 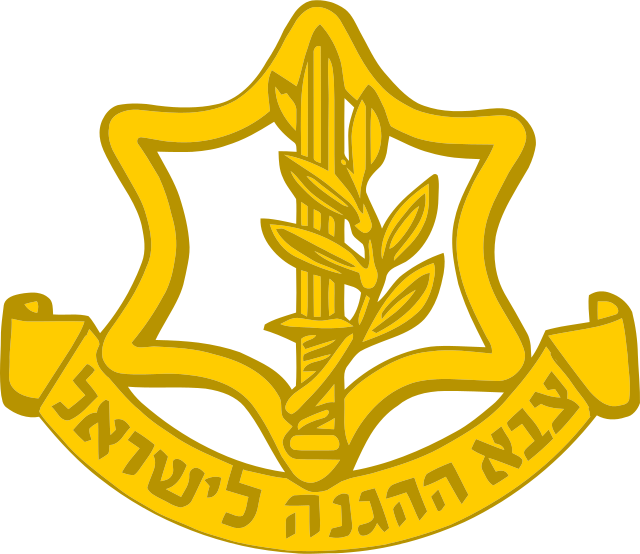 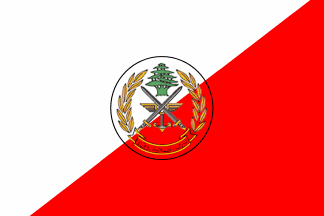 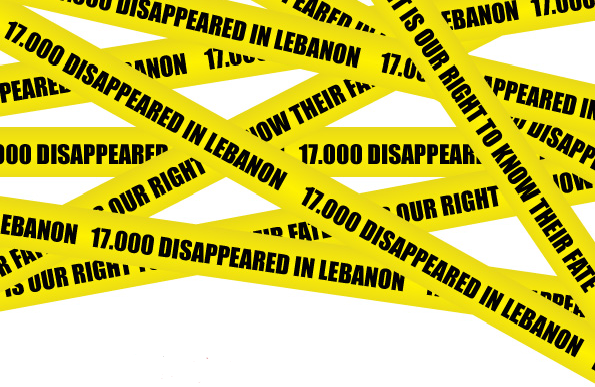 Committee of the Families of the Kidnapped and Disappeared in Lebanon