This visual looks into incidents of Illicit trade/trafficking/smuggling, Arms storage/smuggling tracked down by Lebanese State actors, as well as explosives dismantled by these actors in 2015. The diagram maps out the monthly frequency of each type of activity per month, their geo-location and spread across the country, and the identified State actors involved.

It is part of a series of three visuals published by Lebanon Support in April 2016, which includes the visuals: Lebanon, a year in conflict and Armed conflicts in Lebanon. 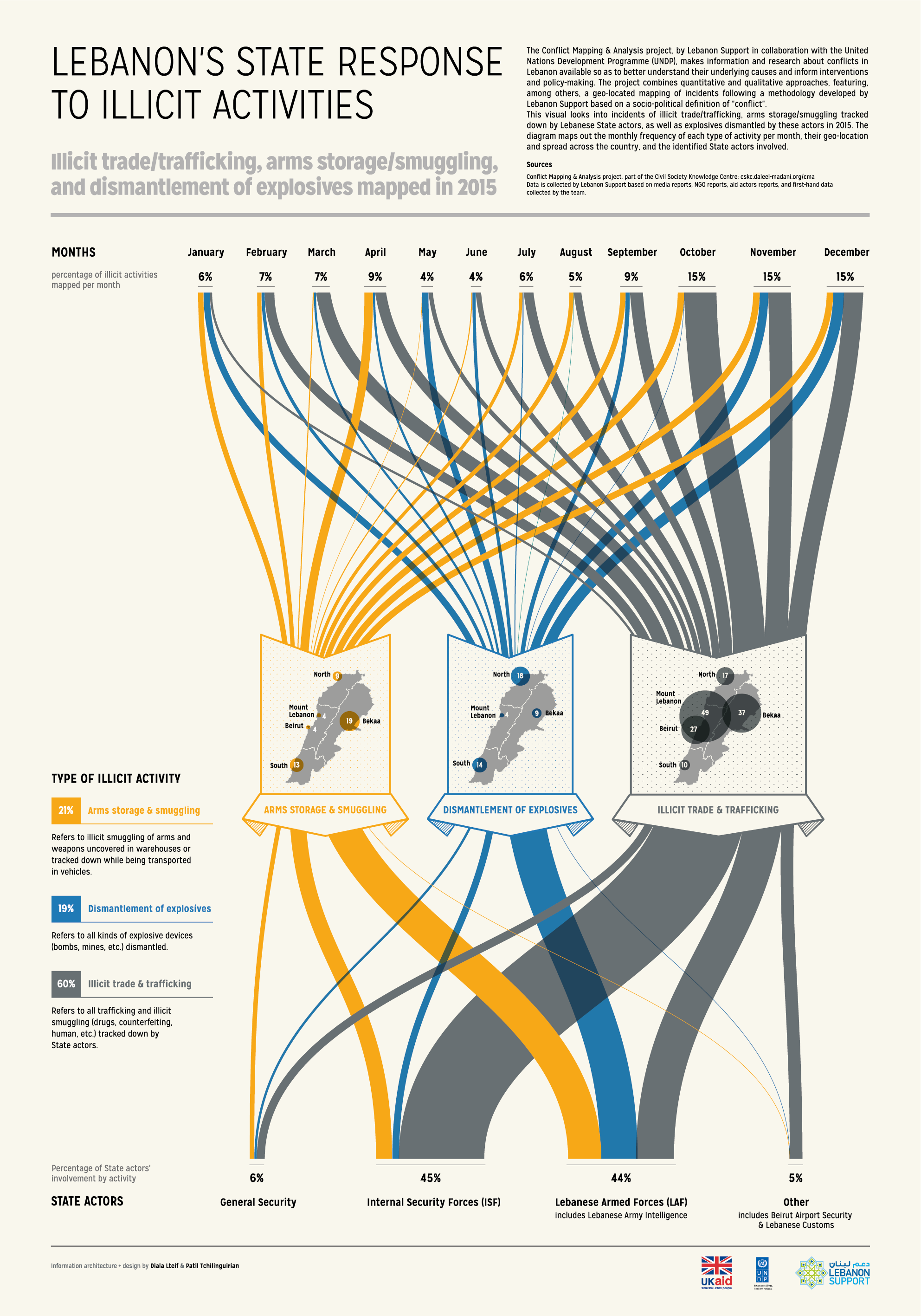