The Taxation System in Lebanon: Between Collection and Justice

On the 2nd of November, Lebanon Support organised a roundtable on the taxation policies in Lebanon with Ziad Abdel Samad, executive director of Arab NGO Network Development. This roundtable is the first of the “Socio-economics rights in Lebanon: Reflection and Action” series, in partnership with Rosa Luxemburg Stiftung, Beirut office. 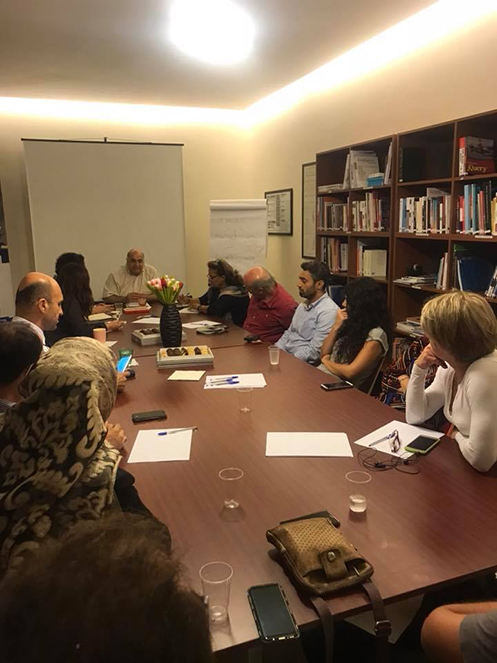 Ziad Abdel Samad started the discussion by highlighting the singularity of the most recent taxation policies in Lebanon. In fact, the Lebanese system issued a special law on taxations which is uncommon since taxes are usually part of the governmental budget. Therefore, in order to better comprehend the taxation system, it shouldn’t be regarded as a separate element but as part of a bigger system that is the global socio-economic policy of the country.

Focusing on Lebanon, Mr. Abdel Samad explained that the country has, since its independence, faced major economic structural problems which led to the emergence of significant disparities and inequalities within the Lebanese society. For instance, one of the main issues in Lebanon, is that its whole economic system mainly relies on only two sectors: banking and real estate, which expanded at the expense of other sectors, rendering them unproductive and unprofitable. 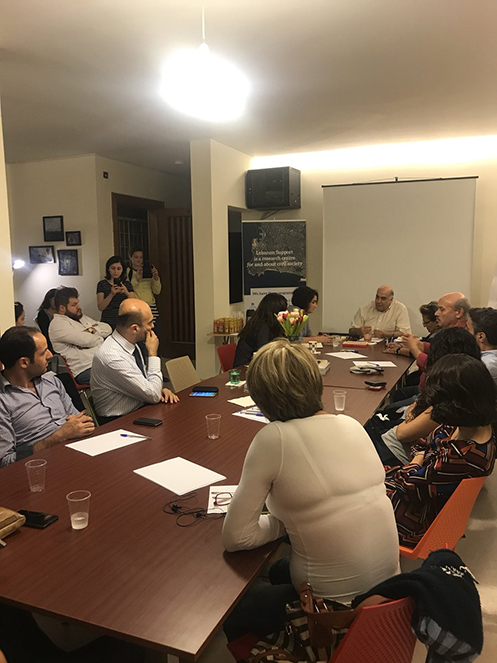 Consequently, in order to achieve a sustainable economic system, Mr. Abdel Samad emphasised the necessity to rethink the whole economy in its structure, and make strategic decisions accordingly, especially on three policy levels: taxation, subsidies, and loans. These policies would be aiming to create productive sectors as well as job opportunities that could compete in the regional market. 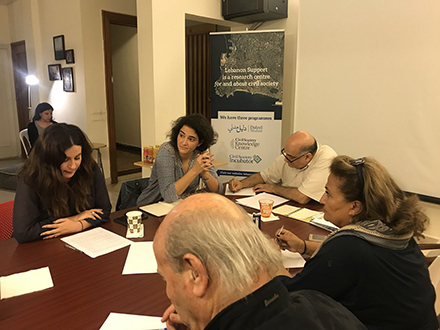 Mr. Abdel Samad also explained the main components of the new taxation law in Lebanon that was recently adopted by the government.  Although, the new law established taxes on banks for the first time, it still did not allow to achieve the three abovementioned goals of taxation policies. In fact, the new law does not enable an equitable redistribution as it affects all population indiscriminately without taking into consideration their wealth and revenue. Therefore, this redistribution system benefits the upper classes at the detriment of lower classes and leads to an increase of social inequality among Lebanese society.

In addition to the unequal redistribution, Mr. Abdel Samad discussed the other limits of our taxation system such as the lack of social services provided in exchange of collected taxes, which should be part of the redistribution process, as well as corruption which is facilitated by the system.

Finally, he concluded the talk by highlighting that change is a long, complex and continuous process that will require civil society actors to work towards impacting policies and rethinking the whole economic structure in the country.