Presentation and talk around the book “Lebanon Facing Arab Uprisings. Constraints and Adaptation”. 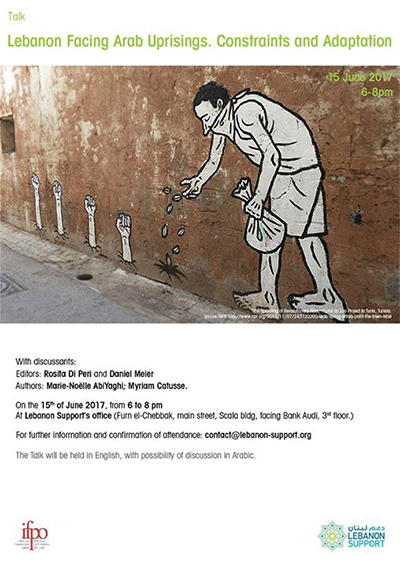 Daniel Meier, co-editor of the book, started the discussion by presenting its main components.  He explained that the volume relied on a great amount of research and extensive fieldwork which focused on making sense of the impact of the Arab uprisings on Lebanese politics and society. Indeed, the book addresses many topics such as the Syrian refugees crisis, the mobilisations after 2011 and the sectarian divisions among others.

He went on to explain how the authors’ approaches relied on several conceptual frameworks that helped them analyse the process of social reconstructions.

In fact, the book took into consideration three main identity incubators based on:

Afterwards, Rosita Di Peri, co-editor of the book, highlighted the fact that she considers those frameworks to be the added value of their publication since one of the main issues in previous works was the lack of methodology. She added that the volume also aims to study the paths of resilience inside Lebanese society as she considers that there are many ways of adaptation and not only a unique path. Finally, the volume investigated the sectarian paradigm as well as the citizenship formation in context of sectarian hegemony. 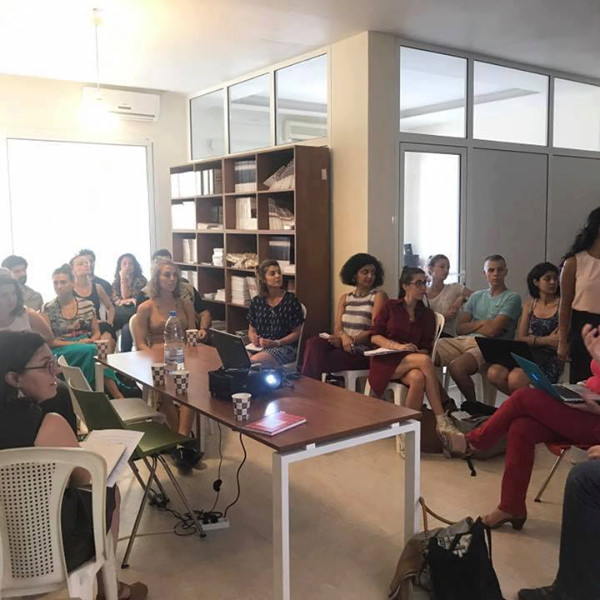 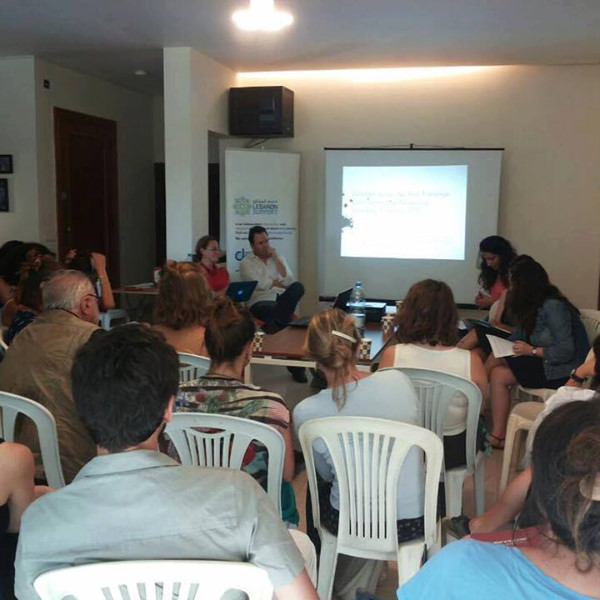 Marie-Noelle AbiYaghi and Myriam Catusse, co-authors of the chapter “From Isqat An-Nizam At-Ta’ifi to The Garbage Crisis Movement: Political Identities and Antisectarian Movements”, indicated that there were two main anti-sectarian movements after 2011:  isqat an-nizam al taifi and the garbage crisis movement. The chapter tries to understand how different kinds of identities and affiliations are combined together. The discussants explained that despite the efforts to distance these movements from sectarian traps,  the “sectarian ghost”, a concept they came up with to refer to the subconscious influence of sectarianism, still appears on many levels inside these movements.

For instance, the first movement, which mainly gathered leftist parties, as well as students movement (AUB secular club, USJ secular club…), quickly faced internal divisions between those who wanted to bring down the regime and others who wanted to only reform it.  The second movement, which is composed by activists from the civil society, seemed to be facing the same issues with an internal crisis surrounding their goals, representatives, and identity, in general. Movements could also reiterate sectarian realities through various modes of action like discussions, humour, or irony.

A discussion followed and tackled the dynamics of these movements, as well as the impact of the Syrian crisis on such movements.